If you want to know about the recent changes to phrase match and broad match modifier in Google ads, continue reading.

Google ads strive to offer a platform where businesses and consumers can easily connect.

That is why it keeps on updating its algorithm to make it more effective and user-friendly.

The changes to broad match modifier and phrase match are a part of this strategy. Google wants to put the right customers in front of the right businesses.

With that said, let’s jump into the changes and how they can impact you.

After the update, the phrase Match type will work exactly like the BMM (broad match modifier). In other words, BMM will become obsolete.

Let’s understand with an example.

Phrase Match Type Before the Change

Before the update, if someone had searched for “affordable moving services NYC to Boston”, the ads would show for that exact phrase match type.

However, if someone had searched for “NYC corporate moving services to Boston”, the ad would not show in the phrase match type.

Why? Because, while the individual terms of the phrase are there, the order isn’t the same.

Phrase Match Type After the Change

But, thanks to the advancement in the Google algorithm, it can now identify whether a search term’s order matters or not.

After the update, it will. Simply because the order doesn’t matter here. Someone moving from NYC to Boston wants to get in touch with a moving service in NYC, no matter the order of their search query.

So, you won’t have to use different variations of your keyword to target each of them individually. Google will automatically determine the search intent and rank your ad for the related keywords as well.

It will determine whether your keyword’s order matters or not. This can not only let advertisers spend their money for the right audience but will also provide a better experience for the users.

Broad Match Modifier Before the Change

Before the update, as all the words are there, it would get ranked for the broad match modifier (BMM) no matter the order.

Before the update, the broad match modifier and phrase match type worked in different ways.

You’d also have to put a “+” sign before every word of your search query to get closer results for a specific keyword.

The words that were preceded by a “+” sign must appear in the key phrase of the user. This could be the exact word or a close variation of it.

Let’s take an example of “blue bags”. The search could result in ads for “color bags” as well. However, when you put “+” before “blue”, i.e., “+blue bags”, Google would only show ads for exact or close-variant words.

So, if someone searched for “blueish bags” or “bluee bags” (misspellings), your ad would show up.

Before the update, you’d have to put the “+” sign before every word of a phrase. The rule would apply to all of them separately.

Broad Match Modifier After the Change

After the 18 Feb update, both the keyword match types work the same way. Essentially, there won’t be a broad match modifier anymore. The phrase match type will now be smarter, as discussed before.

Plus, you won’t have to put the “+” sign before every word. A “+” sign preceding any phrase will apply the rule to the full phrase.

So, for “+buy kids bag”, Google’s algorithm will automatically trigger an ad with any close variation of the phrase.

After this new update, businesses won’t be able to create broad match modifiers. However, any existing broad match keywords will continue to work with the updated behavior.

So, essentially, the phrase match has replaced the broad match modifier.

How Do the Changes Affect You?

As far as the phrase match is concerned, your keywords will perform better as the order of the words in your key phrase doesn’t matter generally.

So, when Google sees that the order shouldn’t matter, for instance, “bags to buy” or “buy bags”, it’s going to fetch all the related results.

This will lead to an increase in your phrase match type impressions and clicks.

Whereas, as Google’s algorithm is becoming smarter, your broad match modifier may see a downward trend in clicks. Google is going to respect the order of the queries where it does matter.

This means you should be switching to phrase match type keywords now. Broad match modifiers have essentially become obsolete.

Google Ads are continuously changing for the good of both businesses and customers. With an improved algorithm, marketers can get in front of the right audience and consumers can find the right businesses.

However, when the order matters in a search, as in “NYC to Boston” and “Boston to NYC”, your BMM keywords will see a dip in impressions and clicks.

So, you should be concerned about the phrase match type keywords now. Google Ads algorithm will show results that match the user intent and not only the order of a phrase from now on. 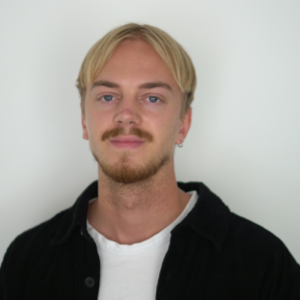 I create valuable SEM & SEO strategies. With more than 4 years of experience in Google Ads, most recently as part of the official Google Ads support team, I help you maximize your Google advertising.

Let us discuss your marketing strategy!

The optimal SEO guide to Growing your SaaS Business on Google

Why Do SaaS Firms Need an SEO Strategy? Let’s start with a brief primer on search engine optimization. Everything you do to boost your brand’s

Most companies have already brought their businesses online. Since the playing field has become congested, those who offer the best customer experience always stand out.

At Lunar Strategy we have a remote-first policy, which means that everyone in the company can work from wherever they want in the world. We

Can Crypto Ad Networks measure up to Google & Facebook ads?

In depth comparison of crypto ad networks, Google Ads and Facebook Ads. We find out which advertising platform is better optimized for crypto and blockchain projects that want to reach a global audience.

Marketing plays a major role in the success of any business. This is particularly important when it comes to SaaS businesses. The rapid growth of

Are you currently using one of the top SaaS businesses, according to the team at Lunar Strategy? Check out this list of our top SaaS

To get customers, it's imperative to be seen by the mass. Every successful company is unique and needs contrasting digital marketing strategies. Book a meeting with us and we will help you find the correct strategy for your company.

This guide is continuously updated according to the latest social media trends and guiding principles.