Digital art has become increasingly popular and has seen a massive popularity explosion over the last year. NFTs are popping up left right and center and are playing a key role in the recent craze. NFTs are not just seen as digital art, but rather as a status symbol to many.

NFTs are opening all kinds of new and exciting creations and are putting lots of new and upcoming artists on the map. Many industries have started to get on board with the trend such as music, fashion, branding, and gaming. Many of which are now recognizing the ownership of NFTs.

What Is An NFT Anyway?

NFT stands for non-fungible token. An NFT is a unique asset that cannot be replaced by something else. It is verified, recognized, and stored using the increasingly popular blockchain technology. An NFT  includes everything from an in-game item to, website domain, and music.

However, in the last year, the peculiar world of NFTs has seen a rise in the trend of owning digital artwork. Many people are flocking to sites like Opensea.io and Superrare.com to buy their very own pieces of digital artwork ranging in value and rarity.

How Is Social Media Influencing The World Of NFTs?

Social media has helped rocket NFTs popularity with many people talking about them and showing off their purchases of rare digital art. Much of the engagement around NFTs on social media happens on Twitter and YouTube. The two platforms have an ever-growing community of ‘NFT Influencers’.

All of which is helping to put NFTs on the map, which many digital artists have been very thankful for as this has started many of their careers thanks to the notice they are getting on some of their work. This article will look at the top 10 NFT influencers across YouTube and Twitter.

Giancarlo is active across Twitter and YouTube. He delivers engaging, unique content which focuses on being highly informative and providing his audience with an NFT education. He covers things like how to carry out relative research and how you can avoid NFT scams.

Everybody’s favorite billionaire and entrepreneur, Mark Cuban. He is known as being somewhat of a media guru and has now started heavily backing and investing in many NFTs. Mark Cuban has a massive reach, over 8.5M followers which have allowed him to easily cast his influence into the NFT space.

Punk6529 is both an NFT collector and investor and even owns probably one of the most lucrative NFT collections around. He is engaging and his audience can find informative and useful insights around the world of NFTs. Punk6529 provides lots of useful information around blue-chip potential.

Tony JRNY is the creator and founder of JRNY crypto. Tony writes on a range of different crypto-related subjects such as finance, the blockchain, altcoins, Bitcoin, and FinTech. You can find lots of crypto-related information and news on his profile.

The Bitcoin Express aka @TheBitcoinExpress

The Bitcoin Express started out by providing educational, informative content around NFTs and crypto back in 2019 on YouTube. He was among some of the very first influencers who were talking on the subject of artists being able to sell their music using NFTs. You can find a range of content on his channel including news, reviews and analysis.

EllioDAO is not just an NFT influencer. He is also a project founder and an incredibly knowledgeable crypto YouTuber. EllioDAO has been able to drive many NFT trends within the NFT space. He openly supports many other budding artists and want to be NFT players and encourages them to get into the market.

Murat Pak is ranked as the second highest-selling digital artist. Making him one of the biggest NFT artists on Twitter. It is even said that he inspired the current best NFT artists to get into the NFT space, Beeple. You can find lots of updates about his involvement with NFT projects on his account.

Ryan helps to promote NFT projects which he thinks will be a worthwhile investment to his small but growing community. He provides his audience with detailed analyses which have been highly accurate in recent NFT sales. His audience can then use the information provided by Ryan to make their own educated decisions when considering getting involved with different NFT projects.

Brett is not only an NFT influencer, but he is also an NFT project founder. He shares high-quality information as well as detailed analysis of projects. Brett is also great at recommending some cool projects to get involved with.

Kieth, or as he likes to be known as, ‘NFT kid’ is an active, informative NFT twitter rising celeb. He enjoys starting engaging and detailed conversations with his audience and likes to get down to all the technicalities. You can also find him promoting upcoming NFT projects. 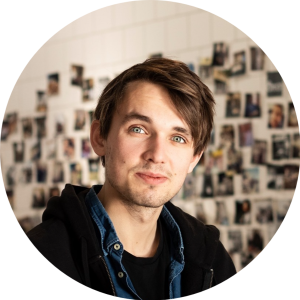 Tim first stepped into the crypto world in 2017 and has never looked back since. Now CEO of crypto and NFT marketing agency Lunar Strategy, he’s contributed to a number of respected crypto publications and is always into talking all things tech.

Tim first stepped into the crypto world in 2017 and has never looked back since. Now CEO of crypto and NFT marketing agency Lunar Strategy, he’s contributed to a number of respected crypto publications and is always into talking all things tech.

The Only Guide You need for Web3 Community Growth

In this article we evaluate who exactly we think the best NFT and Crypto podcasts are for 2023.

Metrics are a fundamental part of a successful marketing campaign. As the world of Web3 continues to grow and evolve, so does our need to

10 marketing tips to thrive in the bear market

It’s the nature of the game in an emerging industry that there are rapid climbs and even faster drops in technology adoption. These are the

How to keep your Discord NFT community safe in 2023

It’s no secret that Discord is one of the most popular communication tools for young gamers and other online communities. It’s estimated that there are

The majority of the Lunar Strategy team is based in Lisbon, Portugal and we think this is a great reason to pay homage to our

In cryptocurrency and blockchain technology, countless publications cover the latest news and developments. However, not all publications are created equal. Some are perhaps more reputable

The Only Guide You Need for Crypto & NFT Marketing

Services
Menu
Company
Menu
We use cookies to ensure that we give you the best experience on our website. If you continue to use this site we will assume that you are happy with it.OkPrivacy policy